After the presentation of the Judas Priest timeline, you can also listen to the playlist of videos from the period 2000 – 2010.

Following the lukewarm-to-decent reception to Jugulator, the band scrambled to assess what exactly went wrong and determined that fans preferred a sound more faithful to Priest’s back catalog. The resulting album would be an amalgam of Jugulator-style riffs, references to ’80s Priest, and sporadic nu-metal additions such as samples, and industrial-style beats. While the ostensible aim was to offer something for every possible fan, in the end, the album received a much poorer reception than Jugulator by most fans — and would result in the eventual reunion of the “classic” line-up with Halford.
Owens has stated that Demolition was his favorite album that he did with the group, claiming it had “better vocals and more melody” than Jugulator. 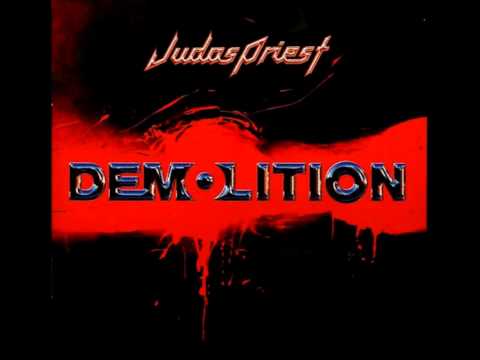 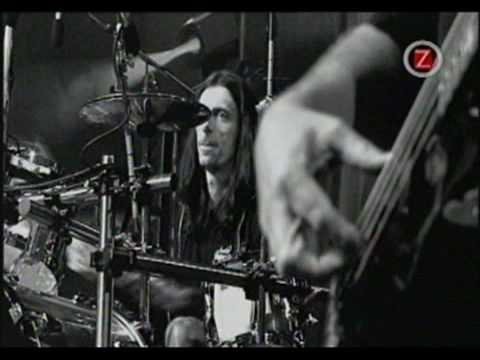 Live in London is a Judas Priest DVD, released on 22 July 2002. It was recorded live on 19 December 2001 at the Brixton Academy in London. Not all songs are featured but the full concert is available as a live album, released in 2003.

Live in London is a concert album recorded at Brixton Academy on 19 December 2001, and is the last album the band released with Tim “Ripper” Owens before they reunited with Rob Halford. A live DVD released on 22 July 2002 was also filmed in the same concert.

Electric Eye is a compilation DVD released on 24 November 2003 and certified Platinum by the RIAA. It features music videos, BBC performances, and the first official DVD release of a concert filmed in Dallas, Texas during the 1986 Fuel for Life Tour, previously released as Priest…Live! on VHS and LaserDisc.

Metalogy is a five-disc CD boxed set released in 2004. There is also a booklet in the box. The box was re-released in 2008 in a cardboard long-box containing the same 4 CDs as the original release, but not the DVD, which is sold separately. It was re-released for a second time in September 2013 as a hardback media book, again without the DVD.

Angel of Retribution was originally scheduled to be released in late 2004, but the label changed the release date to early 2005, hoping for better sales. Early pressings have the year 2004 printed on the covers.

In a descriptive detail about the album, Glenn Tipton explains, “We’ve got a lot of energy. We’re firing on all cylinders and it’s obvious on this album. I think it’s the most natural JUDAS PRIEST album. A lot of people who have listened to it have said it’s timeless. You couldn’t really date it.”

Rob Halford adds, “That decade that we were out of each other’s company just seems to have vanished in smoke. When we got together to begin writing the new material for ‘Angel of Retribution’, it was really a continuation of where we would have been had we made the next record after ‘Painkiller’. All the pieces were already in place.”

Within the album, nods to the sound of past albums and songs are found, as well as lyrics that apparently reference earlier songs. The song “Demonizer” references both “The Hellion” from Screaming for Vengeance, as well as “Painkiller” from Painkiller. “Hellrider” mentions the title track of Ram It Down, and “Tyrant” from Sad Wings of Destiny. “Eulogy” references “Stained Class” and “The Sentinel” from the albums Stained Class and Defenders of the Faith, respectively. Finally, “Worth Fighting For” acts as a sequel/prequel to “Desert Plains” from Point of Entry.

The song “Deal With the Devil” can be viewed as an autobiography of Judas Priest, telling their origins from the Black Country of England’s West Midlands, mentioning their transitory days gigging around England and practicing at the Church of Holy Joseph in Walsall, which is where Judas Priest was effectively born. “Deal With the Devil” also mentions the song “Blood Red Skies” from Ram It Down and “Take on the World” from Killing Machine.

Rising in the East is a live DVD of Judas Priest, released on 15 November 2005, performing a concert in Tokyo’s Nippon Budokan, filmed on 19 May 2005. It is the first straight-to-DVD release.
In unconfirmed reports, the DVD was to be pushed back to January 2006, but other sources still listed the release date for 15 November 2005.

The band filmed two sold-out performances on 18 & 19 May 2005 in Tokyo in which the latter footage was used instead. When talking about releasing a live DVD during the band’s tour and the reason for choosing their preferred location for filming, Glenn Tipton explains, “We talked about doing a DVD on this tour and we decided to do it at the Budokan because it’s a special venue. It’s world-renowned. We thought it was an ideal choice. We filmed both nights but we ended up using the second night only for this DVD. We wanted it to be as live and as real as possible, and when you start taking from different shows there isn’t continuity. We wanted it to be one show and that’s exactly what it is.”

single from the album Angel of Retribution
Revolution

video album
Rising in the East 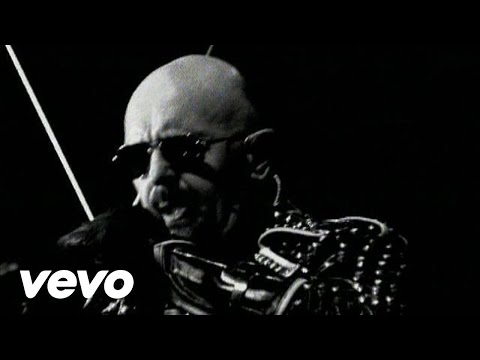 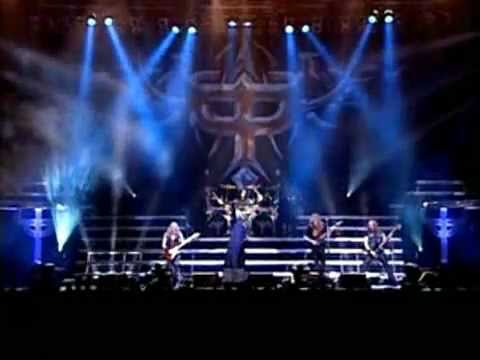 Rising In The East

Angel of Retribution, Rising in the East albums track listing and members

Live Vengeance ’82 is a live DVD and UMD of a Judas Priest concert recorded on 12 December 1982, at the Mid-South Coliseum in Memphis, Tennessee. It was released on 4 April 2006 in both an Amaray case and a limited edition digipak. The first release on DVD had been in 2004 as Disc 5 of the Metalogy compilation box-set, which came in a simple card-sleeve.

The footage was originally released on VHS, and later on laserdisc, as Judas Priest Live. The Japanese laserdisc omitted “Diamonds And Rust” and “The Green Manalishi (With the Two-Pronged Crown)”, giving it a running time of 84 minutes. This version comes with a CX encoded analog soundtrack and doesn’t have a digital soundtrack. The tracklisting misprints “Devil’s Child” as “Davil’s Child”.

The DVD was re-released in 2009 as part of the label’s “Visual Milestones” series.

The Essential Judas Priest is a 2006 2-disc compilation album. It contains 34 songs from throughout their career right up to their then-most recent album Angel of Retribution but excludes the Tim “Ripper” Owens era.
It was re-released in 2008 as a limited-edition 3-disc package. It was re-released again in 2010 as a Blu-spec CD. This version has a slightly different track list on Disc 1; “Nostradamus” from the 2008 album of that name replaces “Victim of Changes”.

single from the album – Nostradamus
”Visions”

single from the album – Nostradamus
”War” 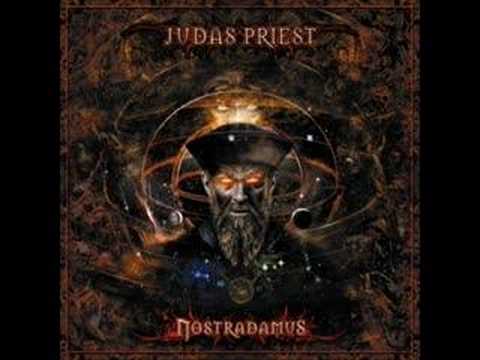 Shadows In The Flame/ Visions 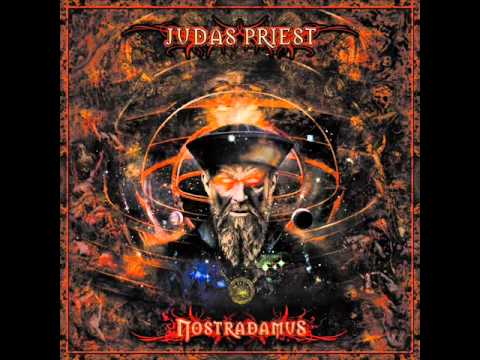 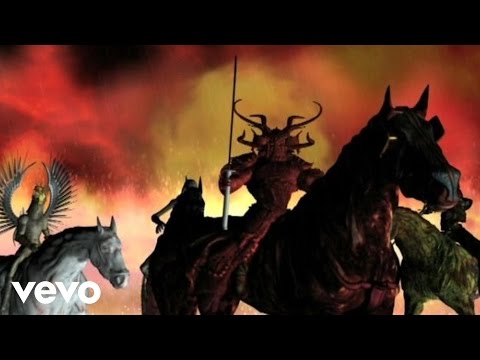 A Touch of Evil: Live album is the first with original vocalist Rob Halford since they reunited, and also the final Judas Priest production to feature guitarist K. K. Downing before his retirement in 2011. It was recorded during the band’s 2005, 2008 and 2009 world tours (except for the 2008 and 2009 tour songs, all the rest is taken from 2005’s DVD Rising in the East), and released on 14 July 2009.

A Touch of Evil: Live

Judas Priest Talk About the Future