After the presentation of the Judas Priest timeline, you can also listen to the playlist of videos from the period 2010 – 2018.

On 27 January 2011, it was announced that Judas Priest was in the process of writing new material for what was thought to be the group’s final album due to their previously announced farewell tour entitled the Epitaph World Tour, but the band clarified that the Epitaph tour was “by no means the end of the band.”

Speaking at a press conference in Los Angeles on May 26, of the new material, Glenn Tipton said, “It’s quite a mixed bag. Really, there’s more sentiment on this album. In a way, I suppose, it’s also our farewell album, although it might not be our last one. There are some anthems on there, which pay tribute to our fans.”

In April, founding member K. K. Downing announced his departure from the band, citing differences with the band and management and a breakdown in their relationship as the reason. Richie Faulkner, a guitarist for Lauren Harris’ band, was announced as his replacement.

Single Cuts is a limited edition box set consisting of 20 of the band’s singles on 20 CDs including all original b-sides, making a total of 51 tracks.
It was announced on 7 June 2011, for release on 25 August, later delayed to 17 October for “technical reasons”, with free magnets being offered as a compensation for the delay to anyone who pre-ordered the box set.

The Chosen Few is a compilation album released on 11 October 2011.
The album contains Judas Priest songs selected by other heavy metal and hard rock musicians.

In December 2013, the band released a short Christmas message on their official website, which confirmed that they would be releasing the album sometime in 2014.

Epitaph is a live video released by Judas Priest on DVD and Blu-Ray on 28 May 2013. It was filmed at the Hammersmith Apollo in London on 26 May 2012, which was the last date of the Epitaph World Tour. The show was seen in selected cinemas around the world with special screenings shown at the Clearview Chelsea in New York City and at The Forum in London. It was also broadcast on VH1 Classic in the United States.

Redeemer of Souls released on 8 July 2014 first album without founding guitarist K. K. Downing, who quit the band in 2011 and was replaced by new guitarist Richie Faulkner.
Guitarist Glenn Tipton gave a statement saying that fans should not expect wild experimentation: “Sometimes in the past, we may have come under fire for being too adventurous musically – so we have listened. From start to finish, Redeemer of Souls is 13 songs of pure classic Priest metal.”

The five bonus tracks from the deluxe edition were released as a stand-alone limited-edition 10″ vinyl LP, entitled 5 Souls, for Record Store Day 2014. 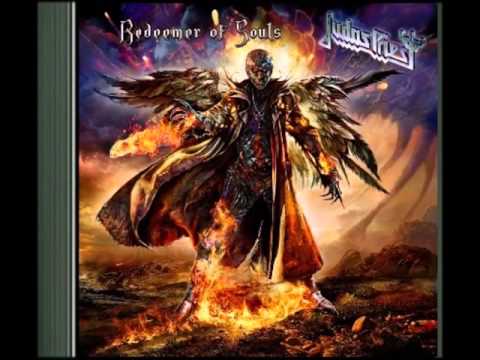 Battle Cry is the sixth live album released on 25 March 2016. It was recorded at the Wacken Open Air festival on 1 August 2015 during their Redeemer of Souls Tour. The album was released as both a stand-alone title and a bundled package containing the DVD version.

While discussing the 30th-anniversary release of Turbo with Ultimate Classic Rock in January 2017, Halford hesitated to say that the band was “still slaving away in the studio. It’s sounding great. I can’t really say any more than that because it’s still very nebulous, but it is sounding incredibly exciting and I’m sure we’ll talk about that when the time comes.”

The reissue of studio album, Turbo. The album has been remastered and will be released via Sony Music on 3rd February 2017 on 3CD (the original album and 2 bonus discs) as well as 1LP 180g vinyl.

In March, the band confirmed that they had entered the studio to begin recording the new album with support from longtime producer Tom Allom along with Andy Sneap and engineer Mike Exeter, who worked with the band on the previous album. This marks the first time since 1988’s Ram It Down that they had worked with Allom.

In an April interview with Planet Rock, Halford said that the band was “coming to some of the final moments” of completion of the new album. He also promised “a very exciting 2018 period” with a world tour taking place next year. In a post on Instagram, Andy Sneap said that the band completed track.

In October, Judas Priest, along with 18 other artists, were announced as nominees for the 2018 Rock and Roll Hall of Fame. They later announced their eighteenth album Firepower, which will be released in early 2018 with a North American tour taking place thereafter, featuring Saxon and Black Star Riders as the support acts.

Rob Halford of Judas Priest his personal life, and challenges for prejudiced thinking