In 2000 Primus performed a cover of Black Sabbath’s song “N.I.B.” featuring vocals by Ozzy Osbourne. The track originally appeared on the album Nativity in Black II: A Tribute to Black Sabbath. The track was also released as part of Ozzy’s 2005 Prince of Darkness box set.

“The end of the Nineties was an unhappy Primus camp. I hit a creative stagnation that wasn’t helping us forward, and the personal elements, it just was time to stop. And I had been asked for many years, “How long can Primus go on?” And I always said, “I’ll do it until it’s not fun anymore.” And it just wasn’t fun anymore on many different levels.”

During this hiatus, Alexander released two albums with the band Laundry and performed with Blue Man Group, A Perfect Circle, and Born Naked, among others.

Claypool explored the jam band scene with Oysterhead (featuring friend Trey Anastasio of Phish and Stewart Copeland of the Police) and his own Colonel Les Claypool’s Fearless Flying Frog Brigade (featuring both Huth and Lane). He also collaborated with Brain, Buckethead and Bernie Worrell in the group Colonel Claypool’s Bucket of Bernie Brains.

In late 2003, Primus reunited with Tim Alexander on drums to record a five-track EP.
Released alongside a DVD containing the band’s music videos and clips from live performances, the resulting package was titled Animals Should Not Try to Act Like People.

The band staged a two-month tour performing two sets per show, the second consisting of their 1991 release Sailing the Seas of Cheese in its entirety.

Animals Should Not Try to Act Like People EP and DVD
released: October 7, 2003 (US: Platinum)

Animals Should Not Try To Act As People EP

music videos: * Optional commentary track featuring Les, Larry and Tim. short films: Live performances: Radio Relics - Recorded at Stanford University's KZSU college radio station for a campus-only cable channel in 1989 New Year's 93-94 - Recorded at the Henry J. Kaiser Auditorium in Oakland, on New Year's Eve 1993-1994 Woodstock 94 - Recorded at the 25th anniversary of the Woodstock Festival in Saugerties, New York in 1994 Florida 95 - Recorded in West Palm Beach, Florida during the Punchbowl tour in 1995 Rarities The DVD also includes an illustrated discography and slideshow of promotional photographs. Easter eggs include a short video clip of Bob Cock in heaven and an interview.
members: "The Devil Went Down to Georgia" performed by Festus Clamrod and The El Sobrante Twangers All lyrics written by Claypool, all music written by Primus, except "The Devil Went Down to Georgia" by the Charlie Daniels Band.

2004 saw them continue touring, this time performing their 1990 release Frizzle Fry in its entirety. For these two tours, the band sold recordings directly recorded from the sound-board online.

The performance in Chicago was videotaped and released as a DVD titled Hallucino-Genetics: Live 2004.

They also performed a set at Bonnaroo in 2004, a late night set featuring a cover of “YYZ” by Rush and a guest appearance by Adrian Belew on “Thela Hun Ginjeet” a King Crimson cover. 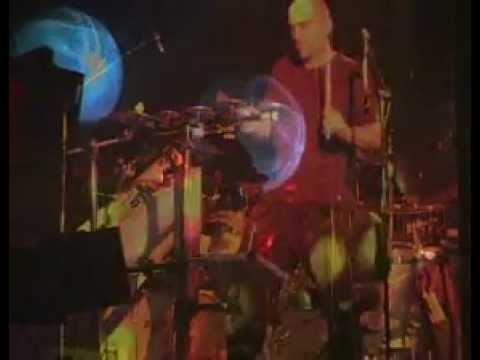 My Friend Fats from Primus at Bonnaroo 2004: 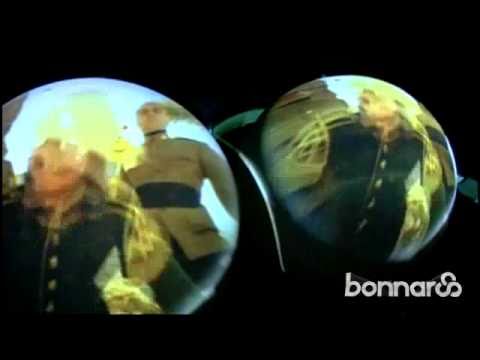 Much like with his Frog Brigade, Claypool’s Fancy Band performed a variety of songs from his various side projects. They did not usually play Primus songs apart from an occasional riff teaser. 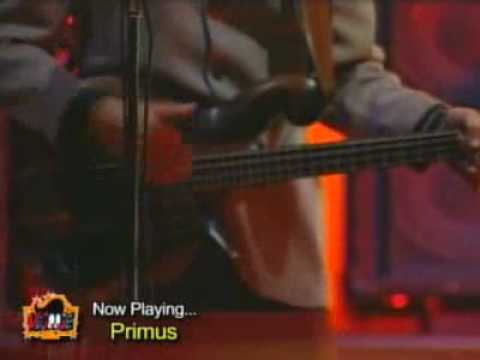 To Defy The Laws of Tradition (Vegoose 2005)