Queens Of The Stone Age

Queens of the Stone Age – album Villains is the upcoming seventh studio album by American rock band to be released on August 25, 2017. In addition to this, several snippets of songs have been featured in teaser trailers released online in promotion of the album, including a short clip of the album’s opening track, “Feet Don’t Fail Me”.

The album has been described as “a little looser and more uptempo than their last release …Like Clockwork.” and “more carefree”. Josh Homme cites his interest in dancing, working with Mark Ronson, and the song, “Uptown Funk” for the direction of the album.

Kory Grow of Rolling Stone notes, “While the guitars still have the limber crunch of Queens albums past, they’re playing around easy-breezy disco beats and chilly synths on songs like “Feet Don’t Fail Me” and Un-Reborn Again.”

The album was announced on June 14, with a teaser trailer taking the form of a comedy skit featuring the band performing a polygraph test with Liam Lynch.

Several of the songs from the album were previewed in some form prior to its released. The album’s final track, “Villains of Circumstance”, was first premiered by Homme in 2014 at an acoustic concert for James Lavelle’s Meltdown Festival.

Queens of the Stone Age - "Villains of Circumstance" Lyrics:

[Verse 1] I miss you now more than yesterday I hope somewhere you feel the same Holding hands & a fleeting glance The villains of a circumstance I got a hole in my pocket where I lose my mind The ocean waves, like an endless goodbye

[Verse 2] No magic bullet, no cure for pain You want what's done, you better do it again Hole in my pocket where I lose my mind It's easy to see, and hard to find It's so hard to explain, and easy to feel I need you now, nothing is real Save me from the villains of a circumstance Before I make a mistake

“The Way You Used to Do”

is the first single from the upcoming Queens of the Stone Age album Villains. The single was released on June 15, 2017.Rolling Stone described the song as “grisly and jumping”.

“The Evil Has Landed”

was performed by the band during their first gig of 2017 on June 22 at The Rapids Theatre in Niagara Falls, New York.

The cover art for Villains was designed by Liverpool artist BONEFACE, who designed the artwork for Queen’s of the Stone Age’s previous album, …Like Clockwork.

“Initially, they let me hear a few rough cuts of tracks, and gave me a few ideas of what they were going for with the album, then told me to get to it. It was a great experience working with QOTSA, we were pretty much immediately on the same wavelength, so they just trusted me and my work, so there wasn’t really any pressure. Stuff just kind of worked out.”

“There’s an anecdote Josh likes to tell, where he asked me if I’d ever animated before. I replied ‘No’ and he grinned and said ‘Good.’ So the whole thing was an experiment to me. I enlisted my buddy Liam Brazier (Illustrator / animator extraordinaire) to help me out with the animating side of things. He was super helpful and super patient with how little I knew about what we were doing. It was a pretty hectic time, and everything came down to the wire, but it was also fucking great.” 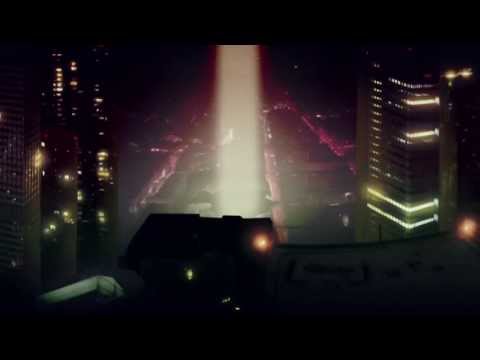 The Way You Used to Do cover

QOTSA Track by track with Josh Homme – Talk about the new album “Villains”: 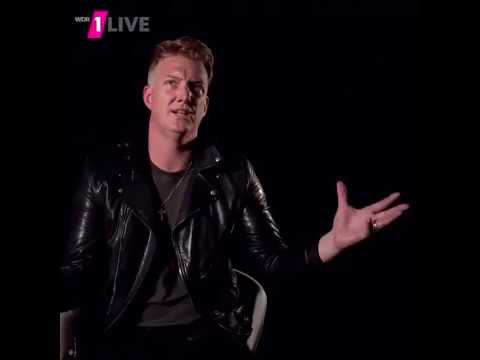 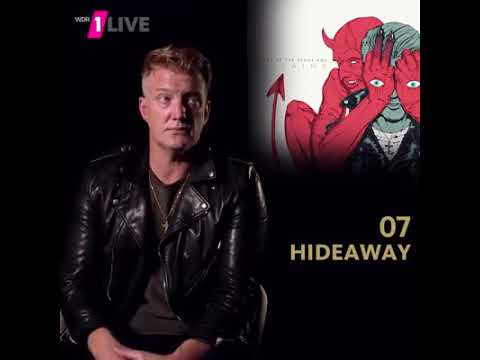